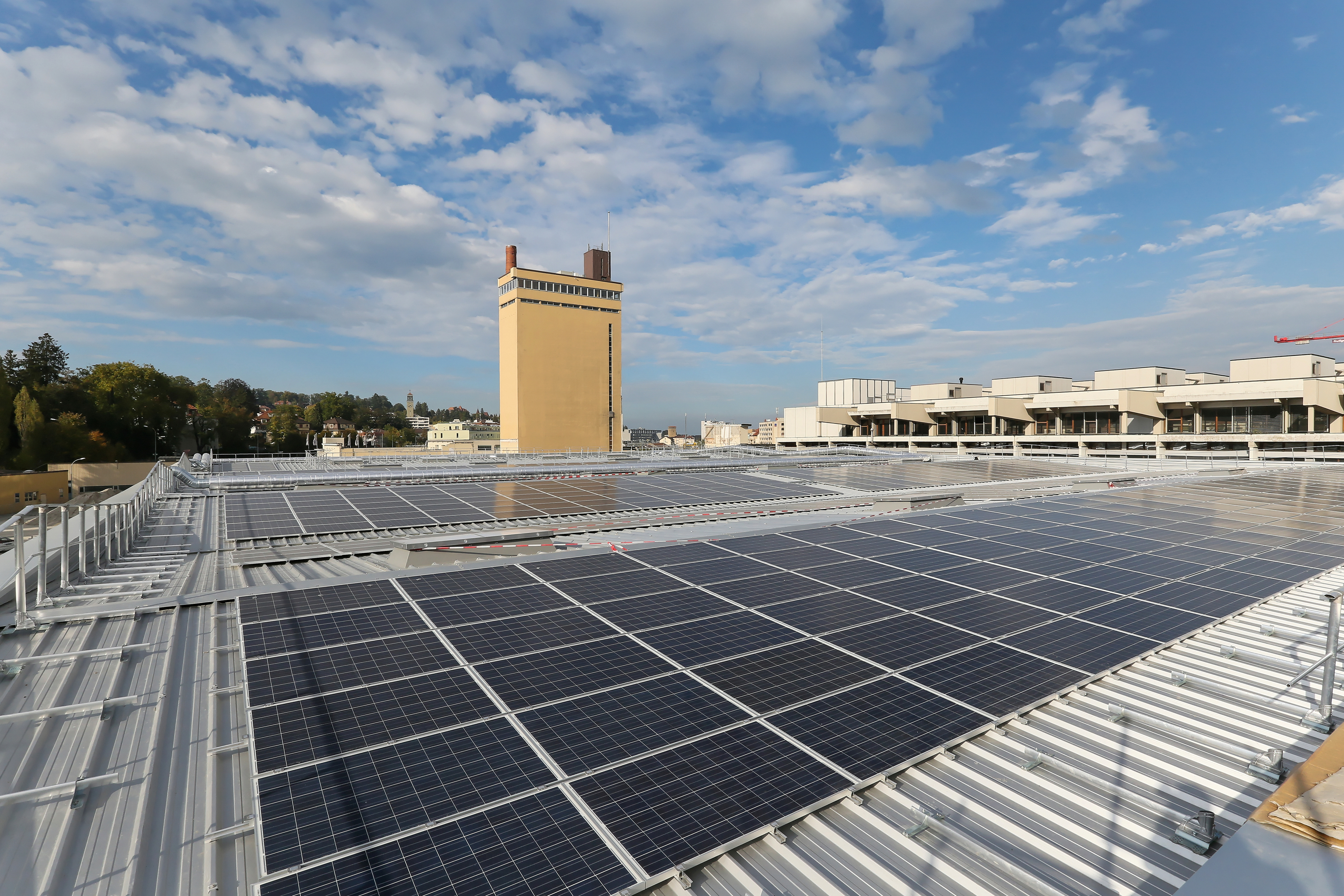 The environmental consequences of striking balance between a building’s energy demand and the ecological footprint of potential energy sources remain poorly investigated. Using a new tool, the capacity of a building’s energy installations and their operation can now be optimized. The tool also provides information into the greenest energy sources for each solution considered

In Switzerland, and elsewhere, energy demand fluctuates from hour to hour and from season to season. Consumption typically peaks in the winter and in the evening hours when the heating and domestic appliances run simultaneously. Demand tends to be lower during the summer, as production, in particular solar production, peaks. The mismatch between production and consumption is problematic, in particular because energy storage still comes with an environmental cost.

A tool to design more powerful energy systems
As part of the project, Didier Vuarnoz, a scientist in the EPFL Building 2050 research group at the smart living lab, investigated how renewable energy production and storage could be integrated in the context of a building to reduce its environmental footprint.
Under his leadership, a group of researchers set up a versatile simulation tool that allows them to evaluate the performance of a building’s energy systems based on multiple criteria (carbon emissions, autonomy, minimizing losses through storage, etc.). Using the tool, a variety of technological designs to produce or store energy can be compared quickly and the best variants selected.

Modeling the scenarios required determining fundamental aspects that had to be considered:

From predicting a building’s needs to optimizing its operation
A case study was defined to test the method: the smart living building, the future research and development center that will host the smart living lab’s staff and researchers. Based on a survey of 1600 academic researchers and staff members (who thus represent the building’s future users), the needs of this population were identified. Using these results, the energy consumption of the building and its future occupants were simulated over the course of an entire year, hour by hour, taking into account the specific environmental and climatic conditions that characterize the blueFACTORY site, where the building will be built. “Thanks to this approach, predictions will help us optimize the design of the smart living building’s energy infrastructure,” explains Didier Vuarnoz.

Once the building is in use, the team plans to inform its users about the carbon footprint associated with their behavior and show at what time of the day consumed energy has the lowest environmental impact. The idea is to consume better by directly sourcing renewable energy produced by the building when enough is available. “By effectively informing the users, we could reduce greenhouse gas emissions associated to their consumption without reducing their comfort,” he says.

Quantifying the carbon footprint of available power
Buildings can draw energy from a range of sources. It can come from the grid (approx. 1/3 nuclear power, 1/3 hydroelectricity, 1/3 imports, and some renewable energy), or from on-site production (for example from solar panels on the building) with the possibility of storage. Not all of these sources have the same environmental impact. The team therefore determined the carbon footprint of all types of energy sources available to the smart living lab, including those from the traditional grid. It was the first time that the hourly environmental impact of the Swiss grid had been computed. “This will let us take advantage of the dynamic potential of temporal variations on the quality of available energy to reduce the impact of buildings on our environment.”

An outstanding tool to calculate the environmental impact of energy
Once the team was able to quantify the volume of energy produced and consumed, as well as its environmental impact, the custom designed tool provided real time information on the preferred energy sources to minimize a building’s environmental impact. Different variants of a building’s energy system designs could be rapidly assessed and compared. “Our tool provides unprecedented decision-making support, but stops short of proposing the ultimate strategy. Constructing or renewing a building required taking into account environmental and energetic criteria, but there is more to it than that. Other aspects also have to be considered, such as financial constraints, aesthetic considerations, and political preferences,” Didier Vuarnoz concludes.