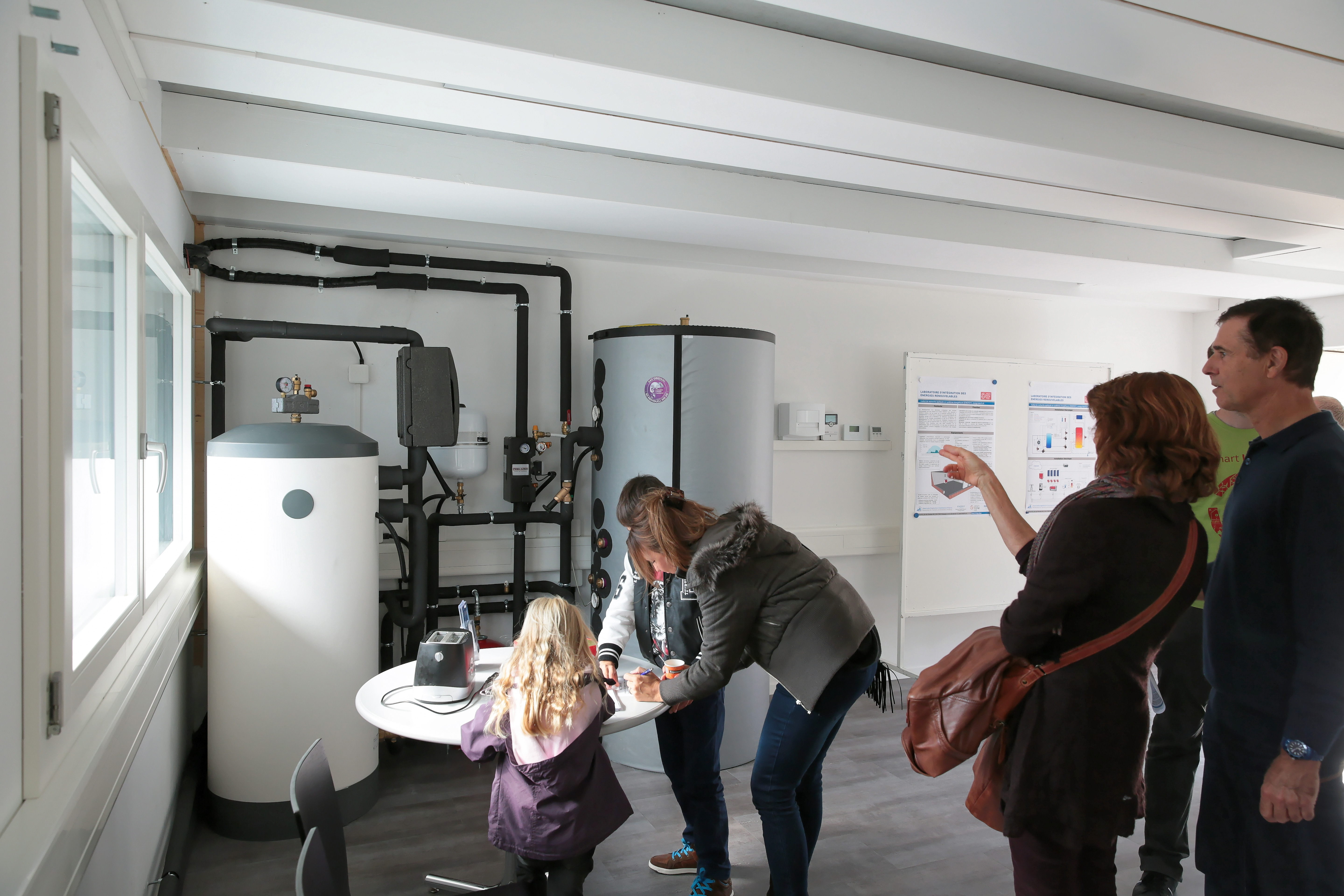 Is more energy consumed by a building’s tenants or by the building itself? A European project with Swiss participation is focusing on a building’s users, encouraging them to rethink their behavior to save energy. The THE4BEES project comprises seven European pilot sites. The Blue Hall – currently occupied by the smart living lab – is one such experimental venue. Currently, one of the strategies exploited to curb energy consumption involves automating buildings. The Blue Hall is no exception. However, it has generally been found that, when deprived of the ability to control the lights or open windows, users find strategies to overcome the ensuing lack of comfort, sometimes in ways that are actually worse than if they had been allowed to control the temperature or the blinds. What if the users had their say before the building was built?

An unprecedented collaborative process
To understand the habits and needs of building occupants, the THE4BEES project adopted a participatory approach: surveying the users of an existing or future building. “Given that the smart living lab will soon build its own building, and that the staff and researchers have for the most part already been hired, this original situation – having united most of the users of a future building before its construction – was an opportunity we had to seize,” says Jean-Philippe Bacher, professor at the HEIA-FR and director of the ENERGY Institute that is involved in the smart living lab. As the head of the Swiss component of the project, he brought together several members of the smart living lab to discuss potential improvements to the current temporary facility (the Blue Hall pilot site) and to the future smart living building. Involving a building’s future users in the earliest design phases has many advantages. “People can present their needs, reflect on their consumption habits, and express their wishes for the future building. Because of their first-hand experience as users, they are also a precious source of very concrete knowledge on good or bad architectural practice.

Developing custom designed tools
To the researchers, the participatory approach provides a way to understand why users sometimes consume too much energy (e.g.: no natural ventilation, leading to a constantly open window with the heating on full blast), but also to reflect on ways to control consumption as a group. In addition, digital technology provides real-time information on the consumption of each individual user. “As many studies have shown, seeing ones power consumption in real-time only has a very short term beneficial impact. That’s why we decided to ask users to help us come up with tools that would incentivize them to optimize their consumption,” says Bacher. Lights, colors, sounds, and forms of human-machine interaction are being investigated to find constructive ways to sound the alarm. Gauges, meters, comparators, challenges, and team competitions are also planned. Another advantage of the participatory approach is that the tools are conceived by their future users, increasing the likelihood of their acceptance. And “the users that designed them will also adopt them better from a technological perspective, because technology is often intimidating,” says Bacher. Once the tools are conceived, they will be developed and then tested by the users. Following the test phase, they will be improved and then validated. Next, the impact of the digital tools on behavior will be measured and evaluated. The results from the pilot sites will be compared among themselves, making the resulting data a valuable resource to guide public policy. “A poorly designed building leads to overconsumption of energy, and that despite it’s users’ best intentions, especially if their wellbeing is at stake. Even though the project is still far from completion – it will go on until December 2018 – we are convinced that technology should not come at the behest of the users’ comfort. Instead, it should help them control their environment and their energy consumption,” concludes Jean-Philippe Bacher.