The Blue Hall of the blueFACTORY site, located in the innovation quarter in Fribourg, is home to the collaborators of the smart living lab, a center for research and development for the built environment of the future.

The reassignment of the hall is the first step of the overall transformation of the grounds of the former Cardinal brewery. This Hall also hosts other research platforms such as the Swiss Integrative Center for Human Health (SICHH) or the Biofactory Competence Center (BCC).

As of 2015, the Blue Hall hosts 200 workplaces and several labs.
The smart living lab researchers have 70 workplaces at their disposal as well as a construction and experiment hall, which enables the creation of prototypes such as the one for Solar Decathlon, building components (facades, roofs, structure) and even entire buildings.

The teams of the smart living lab (comprised of workers and researchers from the Ecole Polytechnique Fédérale de Lausanne (EPFL), the School of Engineering and Architecture of Fribourg (HEIA-FR) and the University of Fribourg (UNIFR)) will temporarily work together in the Blue Hall of the blueFACTORY in Fribourg, while awaiting the completion of the final smart living lab building also on the blueFACTORY site in Fribourg.

In the future, the smart living lab will have its own building, which will house its research and technology transfer activities in the field of sustainable architecture: the smart living building. 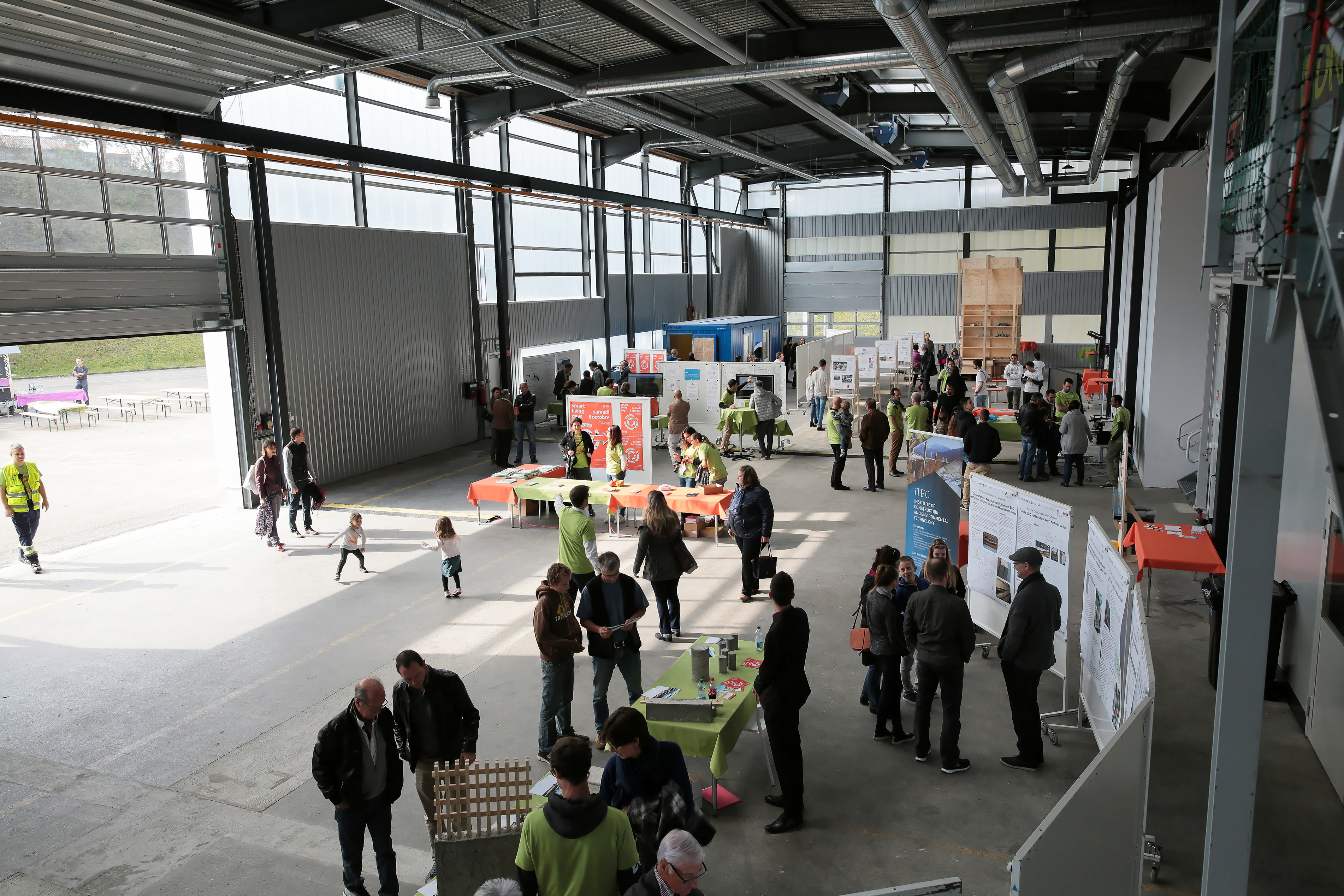 smart living lab: a research and development center for the built environment of the future